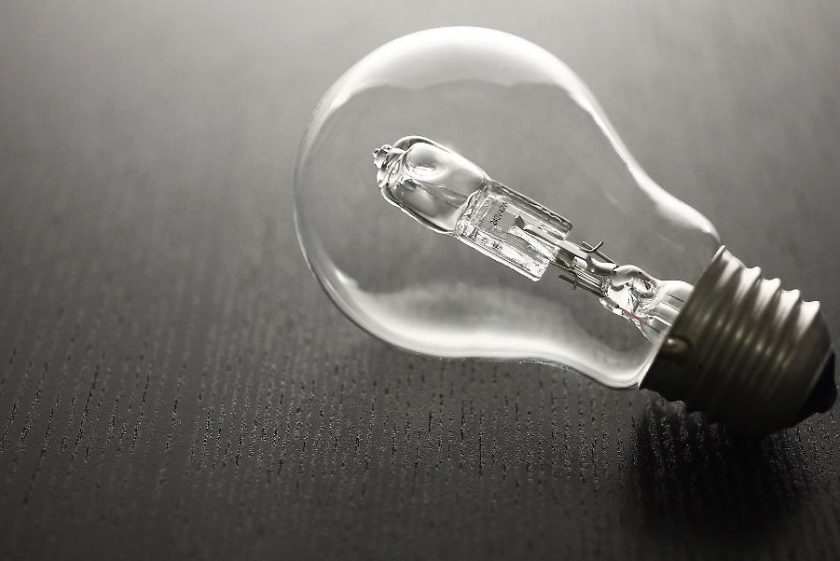 After the incandescent lamps, disappeared from the market since 2012, now it is the turn of those halogen, still widely used in our homes and offices, but not very efficient (energy class D).

From September 1 will no longer be sold, but all the products already in the store, however, may be sold until stocks are exhausted. The measure covers all of Europe, as provided for by Regulation 244/2009. Not all halogen lamps, however, will disappear from the market, the prohibition concerns only the classic E27 and E14 with a screw cap and glass bulb, in addition to the G4 and GY6.35.
In the coming months to replace a light bulb will need to buy for a force that will enable greater energy savings. The alternatives are two: fluorescent ones and those with LEDs.

Fluorescent until a few years ago were considered the energy saving lamps par excellence can be both compact and tubular and, in addition to consuming less, they have a much longer life than the old incandescent bulbs. Unfortunately, their life is not "virtually infinite" as it seemed at the beginning: frequent starts and stops (that is, the normal administration in an apartment) will greatly reduce the battery life.

Then there are the LED lamps more expensive than fluorescent, but much more durable, more efficient and less costly in the long run, I have become protagonists in technical lighting and design world.

To make a comparison with the old incandescent bulbs, an LED comprises 10% of the heat (as against 95%) and emits 90% more light. According to Enea (the ENEA), switch from a halogen lamp of average power at a high efficiency LEDs will save 115 euro. The purchase costs higher than LEDs, according to the agency, are recovered in a year.

But the benefits of farewell to halogen lamps will be seen in the medium term and especially on a large scale. Always Enea has estimated that the abandonment of the halogen will lead to annual energy savings equal to the annual electricity consumption of Portugal, ie 48 TWh of energy. This will not emit into the atmosphere about 15 million tons of CO2: total emissions generated by two million people in one year!