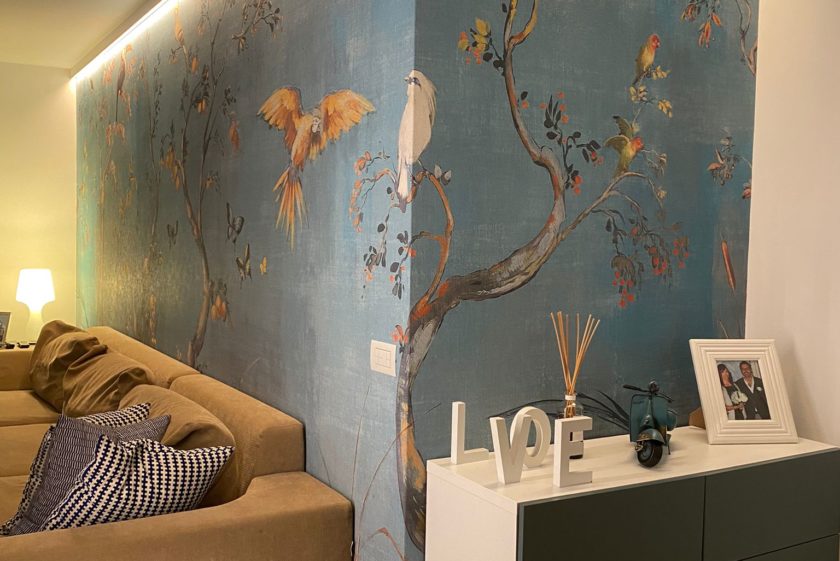 5 Ideas to enhance a wallpaper!

It seems that wallpaper will also be a key trend in 2021 and enthusiasm does not seem to wane!

The use of wallpaper, whatever your taste, from traditional flowers to trompe l'oeil, from geometric to tropical motifs, through animal motifs and architectural designs, has now become a way to characterize domestic and non-domestic environments. only.

Let's move on to the key question: how to best illuminate a wall decorated in this way and make the most of it?

If you have the possibility of creating a plasterboard lowering of at least 10cm thick, you could build it by leaving a space of about 20cm from the wall and installing a finishing aluminum profile, which allows you to insert a led strip. The LED will emit a diffused and indirect beam of light and we will thus obtain a pleasant effect, a hidden light that reflects on the wall gradually degrading.

If you have the possibility of creating a plasterboard lowering of at least 6cm thick, build it by installing an aluminum profile inserted between the ceiling and the wall, which will allow you to house a led strip grazing the wallpaper. This will accentuate the design as well as create an interesting "detachment" effect between the ceiling and the wall.

If you cannot create a false ceiling, consider installing a led profile fixed to the ceiling or wall at a close distance, which allows you to illuminate the wall in a diffuse manner, generating a strong plasticity of the structure and thus accentuating the wallpaper used.

If you have the possibility of creating a plasterboard lowering of at least 5cm thick, consider installing a recessed led wall washer profile, spaced about 40cm from the wall, which with an asymmetrical beam illuminates the wall evenly.